At eighteen I couldn’t wait to leave home. I moved into two share houses on and around uni over the next year-and-a-half where I cooked two minute noodles or – when I wanted to get really fancy – some pasta for dinner.

It was a bit of a mixed experience overall. It just wasn’t what I was expecting.

I didn’t have the money to eat properly, the unit was always a mess, and I didn’t know anyone very well. I could often go entire days without talking to anybody because we were all in our rooms almost all the time. It was quite lonely, so I (naturally) got a bit depressed during that time.

Although I was initially excited to be out of my parent’s house and doing my own thing, I did begin to wish I could just go home after a while. Sadly, it would have been impossible to commute because they lived in the country.

However, halfway through my university experience my Mum got a job in the city and the family moved. Naturally, I jumped at the chance to live with them again. Though, of course, I didn’t literally jump.

It was a looong drive to uni and I still had to pay rent – though it was pretty cheap, really – but I was cooked proper meals (thanks Mum!) and had actual conversations throughout the day. It was pretty good for a while.

However, things began to change during my last semester at university. Taking on an internship and tackling a dodgy timetable meant that I had to drop a number of shifts at work. Though I was lucky I lived at home while this all happened, things still got a bit tricky.

Since I could no longer afford to pay rent, more chores were asked of me. In theory, this was a fair compromise – but it became hard to identify how much work was too much to accomplish each day. By the end of the semester I was trying to juggle my overloaded units at university, my internship, work, a large list of chores, and looking after my youngest brother.

Sometimes I would slip up and forget to do something and I would hear, “I can’t believe she didn’t do so and so… It’s not like she does anything around the house anyway.” 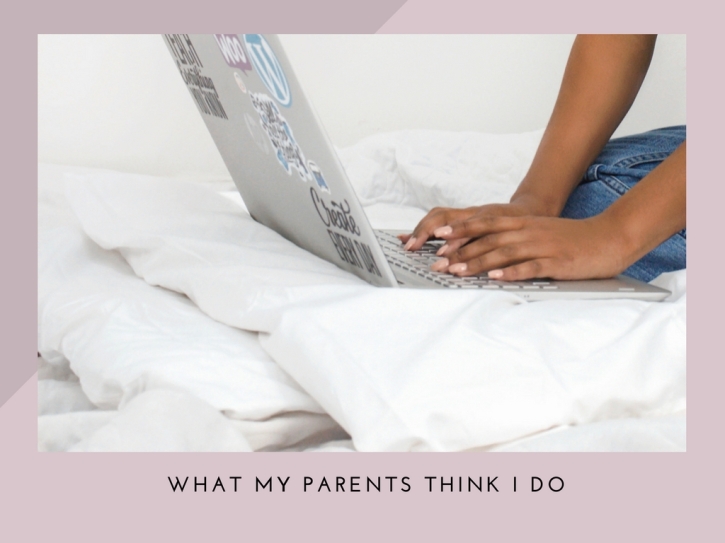 Once the semester ended it got worse. My part-time job shuts down for six weeks over Christmas, so there was a period of time where I had no income at all. I lost the meagre savings I had and spent my days desperately trying to get a job – any job. I was facing rejection upon rejection – and meanwhile I was still expected to clean up around the house, babysit, and cheerfully continue to hand out resumes.

It was all beginning to tack a toll, but I felt like I couldn’t complain – I was living at home for free, after all. Plenty of people were in much worse positions that I was. Even so, it got to the point where I didn’t feel like the grown-up daughter, but like I was some sort of second mother. There was so much expectation put on me to get the perfect job, to be the perfect daughter, to help with homework, to chauffeur… to do this and that and everything else.

It was a lot of pressure to put on someone who had only just reached their 20s and was feeling pretty insecure about their own worth. I would sometimes try to bring this up with my parents, but they would always take it the wrong way and quickly dismiss my concerns. I was trapped, isolated, and alone. I was desperate to leave what I found a suffocating environment, but I just didn’t have the funds.

In the end, it took an emotional breakdown on Christmas Eve – yes, I’m serious – for my parents to really listen to what was going on. From there on they’ve actually been really great. Once the New Year came around I also started work again, so I start paying rent once more. This works much better for me because it means I have something else I can contribute in exchange for the roof over my head.

It’s a really difficult position to be in because on the one hand you’re living somewhere for free and should (rightly) be expected to pull your weight, but on the other… should you really be expected to take on a role that isn’t yours, especially when you can admit you’re not emotionally mature enough to handle it?

Luckily, things have stabilised for now and I’m relatively happy living at home and contributing to the chores when I need to. It was definitely a difficult time and I am glad to not be stuck in it any longer.