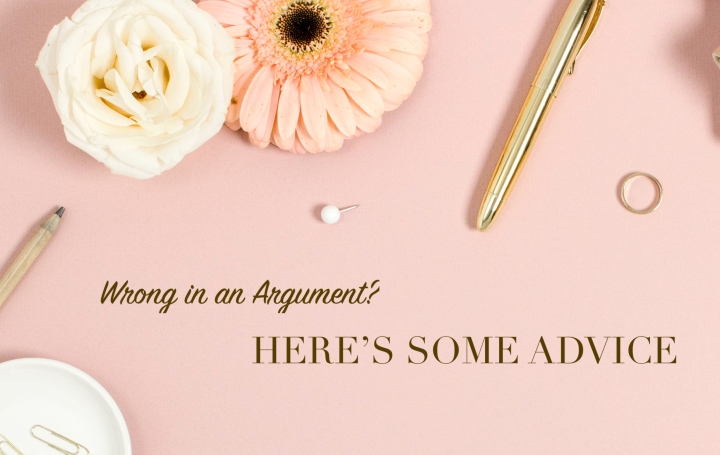 Sometimes we realise halfway through an argument that we are wrong. Though we want to keep insisting we’re right, trying following this advice instead.

In a post I wrote a few weeks ago, I gave some tips on how to deal with people who think they know everything. However, in the process of writing it I began to realise a terrible truth.

Though I despise these know-it-all’s it dawned on me that, well, I might be one of them. Still, I’m sure I’m not the only one who has been in this position before. We all like to believe ourselves to be knowledgeable and right in every argument we’ve ever had, I’m sure.

Occasionally we’ll meet someone a bit more stubborn in their views of the world – the individuals I discussed last week. These people seem so intense that we are able to convince ourselves that we are nothing like them.

I certainly managed to do so.

Despite this, as I began to write the above mentioned post, I couldn’t help but think about an argument I had with my younger brother not too long ago. Though I can’t remember the specifics, I do know that it was about singing, of all things. He said something that I thought couldn’t be right, and so what started out as an offhanded comment soon turned into a very heated argument.

Neither of us were right or wrong. Our argument was of little consequence in the long run. Even a few weeks later, I can’t remember everything that was said and I doubt my brother remembers it at all. Yet, I was so convinced that I was right. I refused to see anyone else’s point of view.

While remembering this argument, I began to think about how I was accusing such people of being annoying and obstinate in my very own blog post, which was a bit hypocritical of me. In reality, was I teaching others how they should deal with me in an argument?

I’m not going to lie, this was an uncomfortable thought.

However, as I mentioned before, I don’t believe that I’m the only one who has been down this road before. It’s time to face the facts. We’ve all been in an argument – so convinced that we were right – only to be proved wrong. We’re only human, after all.

How, then, do we know when we are right and when we only think we’re right?

You’re in an argument. You’re convinced that you are in the right and this other person doesn’t know what they’re talking about. Before you start trying to prove them wrong, ask yourself if this is really an important conversation to be having – regardless of who is right and who is wrong. If you deem it unimportant, move on.

Against all reasoning you plunged ahead and started to argue, or “explain,” anyway. Before you get too far, ask yourself if you are actually in the right. Listen to what the other person is saying. Are they making more sense than you?

You’re only human. Sometimes we’re wrong. That’s no reason to act like a sore loser. Don’t fight a losing battle. There’s no need to keep arguing for the sake of arguing. No amount of useless and irritating “debate,” as you prefer to call it, will change the fact that the other person is right. Stop digging yourself further into a hole you already can’t get out of.

Though the metaphors are generic and all my university lecturers are cringing at the clichés, trust me – the advice is sound.

Swallow your pride and admit to whoever you are arguing with that you accept you are incorrect – this time, at least. Apologise for being an idiot and move on to more pleasant topics.